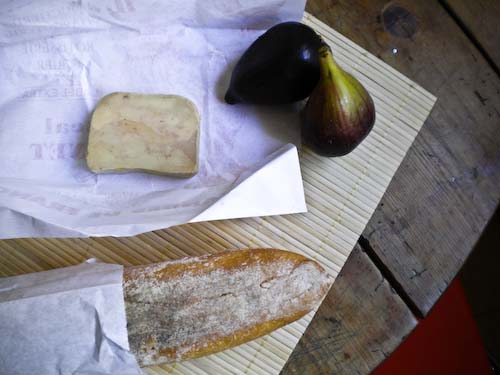 What do you say about Paris? I was lucky enough to receive funding for a research trip to Paris this summer, in preparation for my dissertation. Although I arrived in Paris with grand foodie plans, Clotilde's Edible Adventures in hand, food was much less a focus than I thought it would be. I ended up eating in Paris much the same way I eat in New York. Only better, of course. 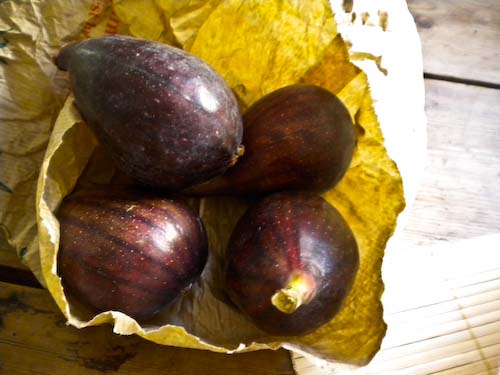 A classmate of mine, also in Paris for research, and I rented an apartment on Rue Monge for just over two weeks, and wouldn't you know it, but that street's famous marché was just outside our doorstep. Above, is a picture of our first meal in Paris. A baguette from the neighboring boulangerie, a hunk of market foie gras and a plateful of huge, fresh figs. That was eating in Paris. We rarely went out to dinner, assembling most things in our little apartment kitchen, or taking picnics to various parks and bridges in the city. 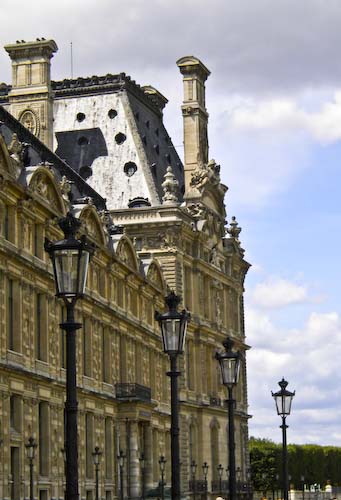 Instead of rifling through gourmet food shops, I spent most of my time rifling through the archives at the Louvre. And the Louvre archives are spectacular. They're located through the Porte de Lions, one of the side entrances to the museum. That particular wing of the building is pictured above. I would have been sitting on the first floor according to the French, but the second floor according to the Americans. Here's a picture of the study room: 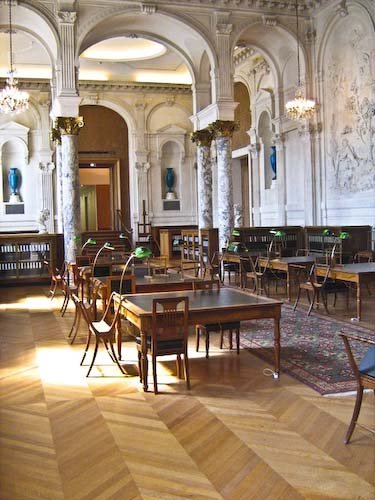 I spent 5 days in the archives, having boxes and boxes of 18th century drawings delivered to my side. The drawings were mounted, and I propped each up on a little stand as I took notes. Most days, I was alone in that huge marbled, muraled and gold-gilded room.
I also spent some time in the archives at the Musée Beaux Arts in Rennes, doing pretty much the same thing, only in a bit less impressive of a space. Otherwise, here's a list of the things I actually saw in Paris. And when I say I spent the day at a museum, that usually means between 4 - 5 hours, although not all museums require that much time. I'm hardcore like that.
Louvre and the Louvre archives (6 times)
Musée Beaux Arts, Rennes and archives (2 times)
Musée d'Orsay
Centre Georges Pompidou (2 times)
Musée Cluny
Musée Picasso
Petit Palais
Musée Delacroix
Panthéon (for the Puvis murals)
Villa Savoye
Bibliothèque Sainte-Geneviève 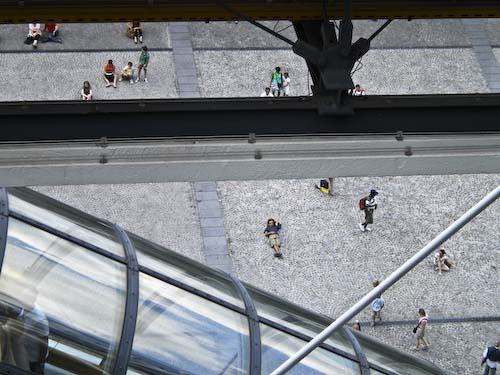 There are many things to love about all of these places. But one of the things I liked best about the Pompidou was the building itself, and the way it frames views of the city. These are two of my favorites. 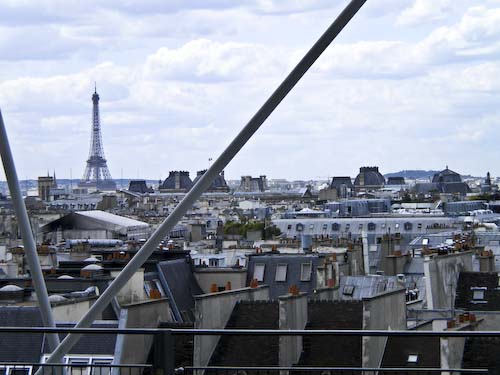 Anonymous said…
I know Paris is called the City of Lights because first in street lights, but I always imagined it was because of the natural light as in your photos - beautiful!
August 4, 2009 at 5:45 AM

veggie belly said…
Welcome back! Sounds like a wonderful trip! You went to the luvre 6 times, wow! When I was in paris, they were closed because of labor union issues!
August 4, 2009 at 9:31 AM

Anonymous said…
Hey, it was great to meet you! Sorry we never got another chance to get together, but it looks like you were pretty busy. Glad you had such a great time!
August 5, 2009 at 7:28 PM

Andrea said…
Hey Camille, it was wonderful to meet you, too! I wish I had gotten a picture so I could have posted about our lunch. I'm not a very good blogger like that. But you and your husband are adorable and I hope to catch up with you again in the near future!
August 6, 2009 at 5:18 AM