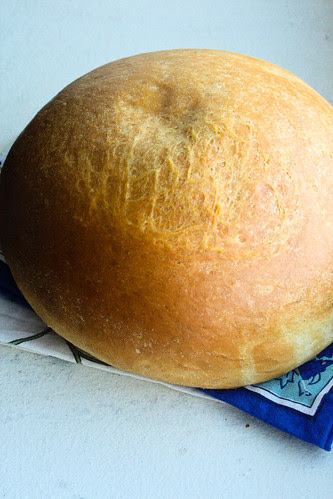 White bread, as we know, gets such a bad reputation. Especially the prepackaged cottony, light-as-air stuff that can be compressed into a ball the size of a can of tuna. But there is no reason light and cottony should be dismissed out of hand. For one thing, it's possible to make real bread with such an ethereal texture. It's the perfect bread for serving alongside coffee, topping with butter, sugar or jam, or traditionally with a Norwegian brown cheese called brunost. This is the kind of bread that gives easily, without an armature of crust that can make an open-faced treat messy and difficult. 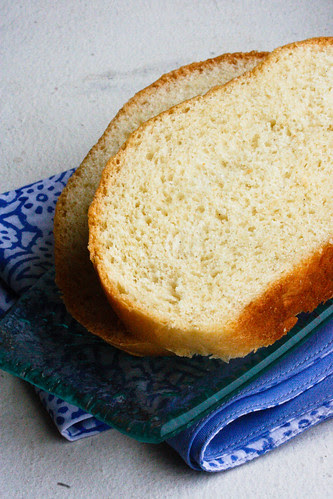 If you don't bake bread but want to, you should start here. It's so easy, requires only two rises, and the payout is not one, but two perfect loaves, one of which will only be dented on the top (as you can see mine was) if you drop it on its head while flipping it over to tap its bottom, checking for that hollow sound that indicates it's done. Luckily being dropped on its head never really hurt a loaf of bread (my sister might say that I am not so lucky).

Aside from being light and airy, this bread tastes of milk and cardamom, two of its main ingredients. A subtle sweetness, and a subtle spice (just like Norwegians, perhaps?). The day after I made it, after the first loaf had nearly been decimated, I got a text from my Norwegian husband claiming it to be the best bread ever. The recipe comes from Beatrice Ojakangas's The Great Scandinavian Baking Book, which, if you're interested in Scandinavian baking, is pretty much the gold standard here in the US, and the recipient of a James Beard award. And even though Ojakangas grew up in Minnesota (as so many Scandinavian-Americans do), and even though I, a native Coloradan made the loaves, R could only exclaim "We Scandinavians really know how to make bread." 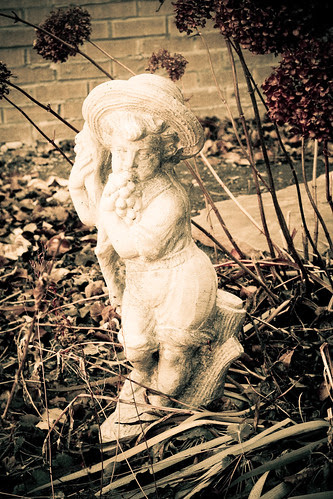 A note about scalding milk: To scald milk, put it in a small pot over medium heat and bring it nearly to a boil, stirring the whole time so a skin doesn't form. Set aside and let it cool to lukewarm as indicated in this recipe. Evidently this is a practice commonly called for in older recipes in order to kill off bacteria in the milk. Since milk these days is pasteurized, it's usually no longer necessary. However, the website OChef cites the consummate expert Shirley Corriher who says that scalding milk before baking bread is still a good idea because there is a protein in milk that can somewhat reduce the rise of a bread. So what the heck, scalding doesn't exactly take long and it's not difficult anyway.

I'm send this bread to Yeastspotting.

Scald the milk (see note above) and set aside to cool to lukewarm. Dissolve the yeast in the warm water in the bowl of a standing mixer fitted with the paddle attachment. Let the yeast sit for 5 minutes so it can activate. Stir in the milk, sugar, salt, cardamom and melted butter on a low speed. (This all can also be done without a mixer, just stir the ingredients in by hand.)

Add 3 cups of flour to the mixture and increase the speed to medium. Beat until the mixture starts to get glossy, then add in one more cup of flour and stir for a few minutes more. Turn the mixer off and let the dough rest for 15 minutes while you switch to the dough hook. After the dough has rested, use the dough hook to knead the bread, adding in the last 1/2 cup of flour gradually until the dough comes together in a ball. Alternately, if you're kneading by hand, flour a clean surface with some of the rest of the flour and, well, knead by hand, adding in the rest of the 1/2 cup flour as you go. Kneading should take about 10 minutes, and the dough will be smooth and shiny.

Clean out and dry your mixer bowl, then oil it and place the dough back inside. Turn the dough over in the bowl so that the dough is oiled on all sides, cover the bowl with a kitchen towel and set aside in a warm place. Let the dough rise until doubled in size, which will take about 1 hour.

Once the dough has risen, divide it into two equal parts and shape each part into free-form round loaves. Place the loaves on two baking sheets covered in parchment paper, and set aside again in a warm place. Allow the loaves to rise until nearly doubled in size, about 45-50 minutes.

Preheat the oven to 375F. Brush the risen loaves with a little melted butter and bake for 30-35 minutes. The loaves will be golden and should sound hollow when tapped on the bottom (don't drop them on their heads!). Brush again with butter if you like, and cool on wire racks.

Nina at Salt said…
Fantastic post. Have heard only good things about that book. Photos are great.
January 24, 2011 at 7:56 PM

Anonymous said…
Mmm, good choice of bread. I just love soft, enriched, lightly fragrant breads like that. I definitely have to bake bread sometime this week. (And excellent choice of cookbook! Bea Ojekangas is actually a family friend of ours, and I can say that she is as wonderful and sweet a person as she is an excellent chef! She's darling.)
January 25, 2011 at 12:18 AM

Anonymous said…
I'm making this right now with my 3 1/2 year old. My great-grandmother made Yule Kage around Christmastime, a cardamom-scented bread with citron, but I've always struggled with the sponge, etc. I like the looks of this recipe. Thanks for sharing!
February 1, 2011 at 4:24 PM

Kasiopi said…
Thank you so much for posting this! I recently lost my grandmother's recipe for what we have always called Norwegian coffee bread! This is a match and I can't wait to make it! This is a Christmas tradition for my family. I cannot thank you enough!
December 14, 2012 at 3:17 PM

lucifer1413 said…
Norton.com/setup - Consumers and small businesses are experiencing a new sense of security for over 25 years with Norton. Norton setup downloaded from the norton.com/setup page helps to work and explore the ever-changing digital landscape. Norton makes it as easy to protect and manage your devices while installing an application on your smartphone.

lucifer1413 said…
I think this is an informative post and it is very useful and knowledgeable. therefore, I would like to thank you for the efforts you have made in writing this article. If you are looking for antivirus security for your PC and any other digital devices than. Visit at my sites :-
geek squad tech support  |  quickbooks support
January 28, 2020 at 9:16 AM

steeve00004 said…
tubi.tv/activate is an online platform that is a creation of Fox Corporation and stream the latest content and videos of your interest. In comparison to Netflix, the platform is free to access and you can watch as many as movies you want for free with the help of tubi. tubi tv
tubitv