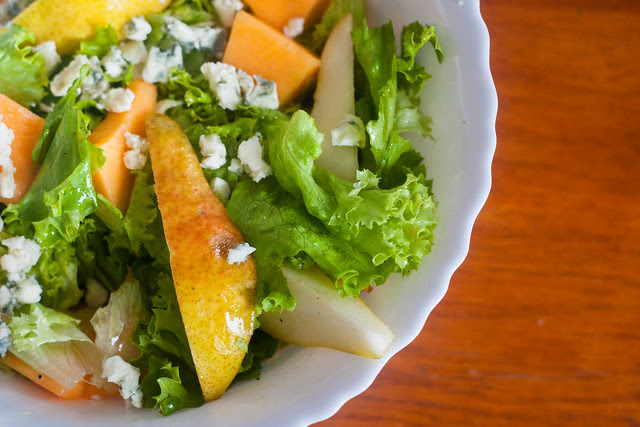 Cooking Books is officially in France.  I moved to Paris at the very end of August on a fellowship which is meant to force, er, facilitate the writing of my dissertation.  As excited as I am to be here, I naturally miss home, R, the dogs, my kitchen.  The 'kitchen' of my small Parisian apartment isn't what I'd call well-stocked.  Essentially it consists of Two Burners and a Pan.  (Maybe I should rename the blog for the year?) 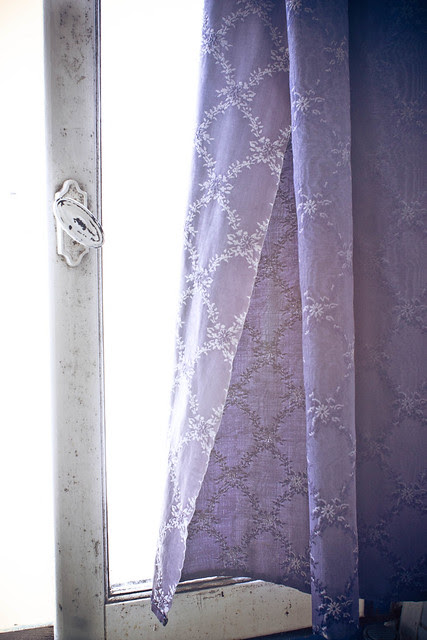 Rather than fight it by investing in counter top ovens, or really even a toaster oven, I've decided to Embrace the Simplicity (another possible blog name?) and cook with what I have.  Which for now is easy.  Because what my version of Paris lacks in a batterie de cuisine, it makes up for by being, well, Paris.  By offering produce and cheese and yogurt that I could only dream about in NYC (although that's not completely true, but I'm in the mood to embrace the challenge rather than fight it).  And in some ways, cooking for only one person in such a set-up isn't really that hard.  All you have to do is combine said produce, cheese and yogurt and serve. 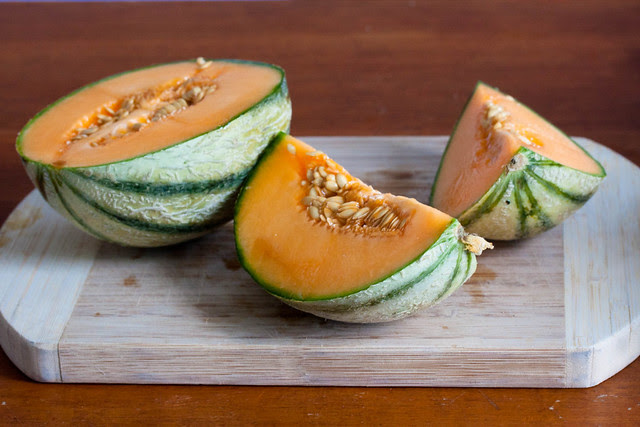 So what if my winter veggies will be sautéed rather than roasted?  So what if soups will likely replace braises.  And so what if I can't bake.  There are three patisseries in a one-block radius of my apartment.  This salad is a perfect example of what you can do with perfect ingredients and almost no equipment.  All you need is a large bowl, a fork and a knife.  Oh, and incredible pears and melons don't hurt either.  The idea for this salad started, in fact, with a charentais melon, which is a type of small French cantaloupe.  You can sometimes find them at farmers markets in the US, apparently, but you can also substitute any kind of ripe cantaloupe that you find. 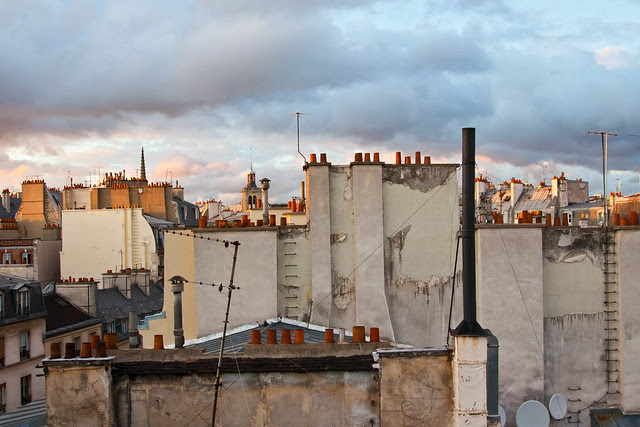 The first time I made this salad I also used a head of batavia lettuce, which has a slightly bitter after note.  But the second time I made it with a mix of lettuces.  Whatever is fresh and looks good is perfect.  A high quality blue cheese finishes it all off and stands up well to a simple vinaigrette made with apple cider vinegar, olive oil, salt and pepper.  Simply mix, toss and serve.

2-3 ripe pears, cored and sliced into thick slices (I don't bother peeling because I discovered that my peeler basically sucks.)
1/2 ripe charentais melon, or any cantaloupe, seeded and cubed
Handful of good blue cheese, like roquefort, crumbled
1 head of lettuce or  bag of mixed greens

For the vinaigrette (I don't yet have measuring spoons or cups, so you'll have to do this by taste):
In the bottom of your salad bowl, use a fork to whisk together olive oil, apple cider vinegar, salt and pepper.

Add the lettuce leaves and toss so that the leaves are evenly coated.  Add the sliced pears and cubes of melon and gently toss again.  Sprinkle the blue cheese on top and serve right away.  Since the salad has already been dressed it won't keep, so eat it all right away.
Email Post

Anonymous said…
You're here! Pears and blue cheese are some of my very favorite salad toppings. I've never thrown melon into the mix, though.
September 12, 2011 at 3:26 PM

Rob @ How to Cook Hero said…
I love fruits added to salad. I actually have a few personal recipes I use, primarily using citrus flavors.

Mary Bergfeld said…
Andrea, you will have a fantastic year. I have just now found your blog, but having read some of your earlier posts definitely plan to become a regular reader. That salad sounds wonderful. I hope you have a great day. Blessings...Mary
September 13, 2011 at 1:37 PM

Anonymous said…
Hi Andrea, I was looking for light recipes on internet and I've just found your blog...it's simply amazing...the food, the pictures, everything in here makes me want to try all of your good and healthy recipes. I'm italian and I love cooking (healthy): but I kind of got "tired" of italian cuisine! I've lived in China and now I'm in the US, always exploring new cuisines, new meals, new recipes, different from what I've been used to...so now I'm here exploring your blog and I just wanted to let you know it is awesome! I've already tried a couple of your recipes and I've been very satisfied with them...good luck for everything, I see that even in Paris where you don't have much kitchen equipment you come up with great ideas!

pliage serviette facile said…
This looks wonderful! Perfect since I just bought a few heads of lettuce. Didn't quite turn out as beautiful as those wonderful images you have but got it perfectly the second time around.