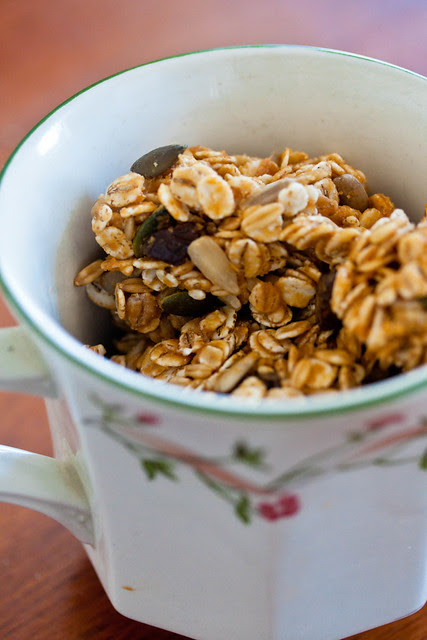 I feel like this post could be about so many things. Like the jars of speculoos spread I've been finding in all the French grocery stores. It's just exactly what it sounds like, a spread with the consistency of creamy peanut butter, but tasting exactly like speculoos.  I've had to limit the number of times I'm allowed to buy a jar, since if it's sitting around I can (and have) just eaten it with a spoon.  I realize it's nearly impossible to find in the US, but if you ever find yourself in Paris, or want to request a gift from a friend who's going, speculoos spread should be a strong candidate. 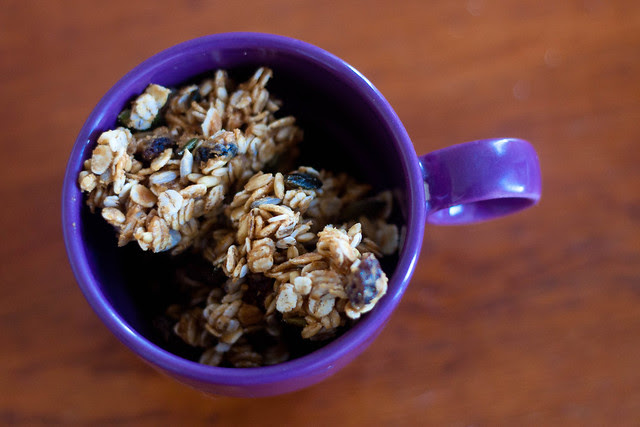 This recipe started out as Choosing Raw's Vegan No-Bake Sunflower Seed and Oat Bars.  All I did was swap the seed or nut butter (she did say it was my choice!) with speculoos spread and the agave nectar or brown rice syrup with honey.  Thereby un-Vegafying them and kind of un-virtufying them as well.  On the other hand, it was literally a five minute, no-bake solution for what to do with my spread.  And it requires barely any equipment. 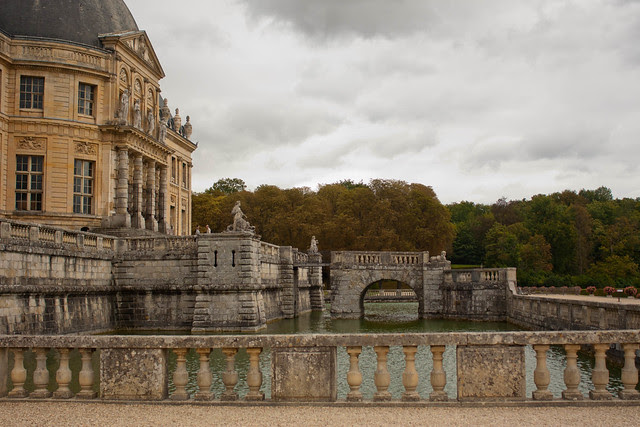 These never really held together as bars, probably because speculoos spread doesn't have quite the strength of, say, peanut butter.  So rather than trying to cut them into bars, when they are well chilled they will naturally crumble into the size of pieces of granola you can toast.  Which is definitely what I would have done with half of the batch if I'd had an oven.  But it's just as delicious raw, and really doesn't require the extra step if you don't want to take it. 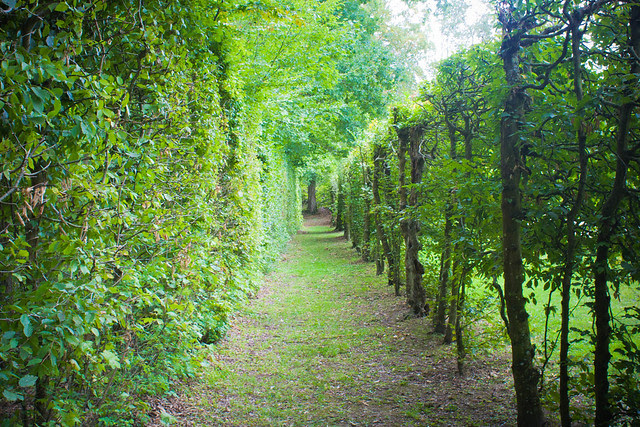 My friend and I brought the raw granola with us to Vaux-le-Vicomte, the 17th century château I blasted you with pictures of last time.  The perfect French-American traveling snack for wandering tree-lined paths.

Line a shallow dish with foil or saran wrap and set aside.

Mix the first three ingredients in a large bowl.  In a smaller bowl, blend together the speculoos spread and the honey until combined.  It will be quite thick.

Press the mixture into the prepared pan, cover and refrigerate for at least 4 hours. If you have an oven, you can also just crumble the granola into the pan like the kind of granola you'd eat with a spoon, and toast it at 375 F for about 40 minutes.
Email Post

Alastairanson said…
Thereby un-Vegafying them and affectionate of un-virtufying them as well. On the added hand, it was actually a 5 minute, no-bake band-aid for what to do with my spread. And it requires almost any equipment.